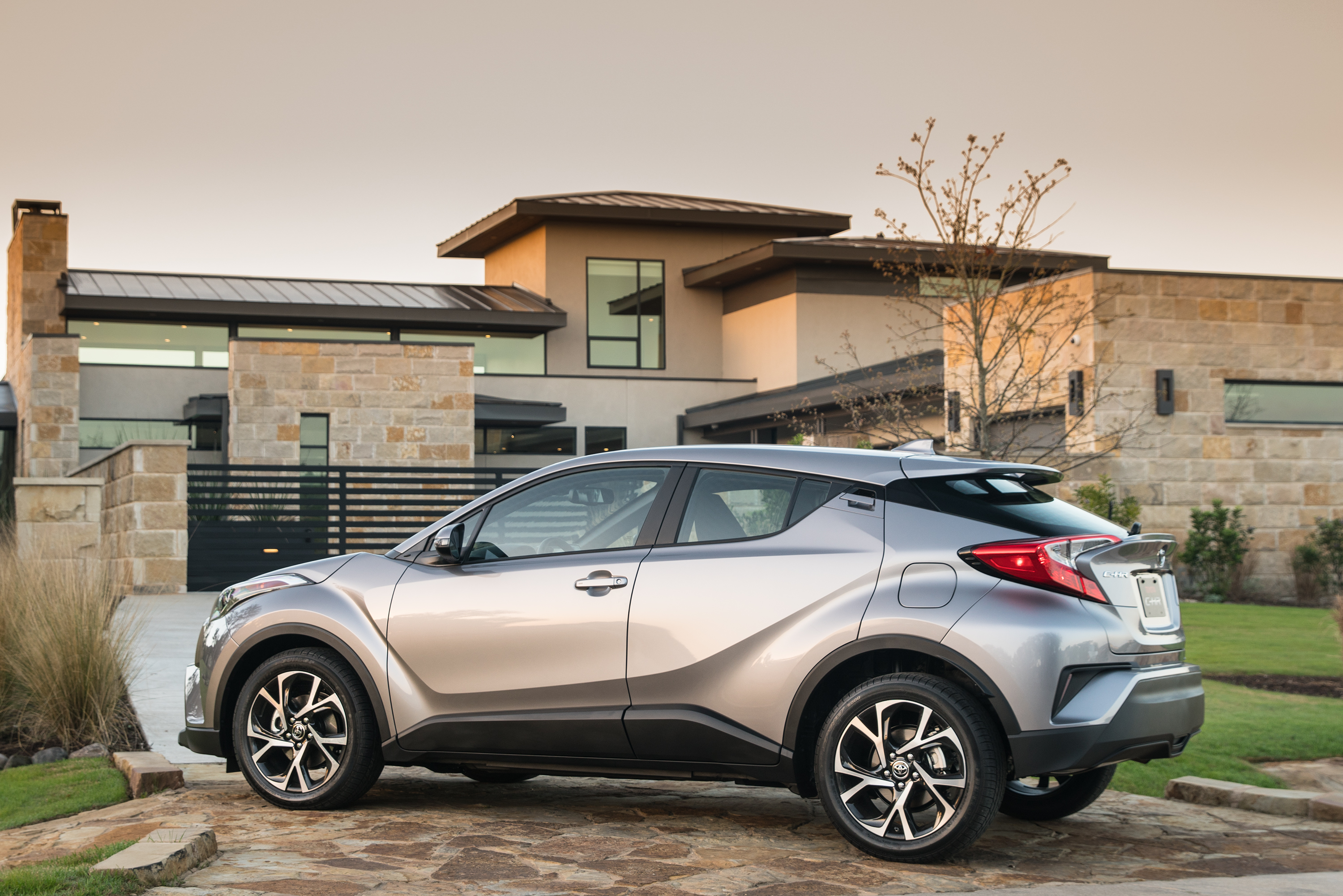 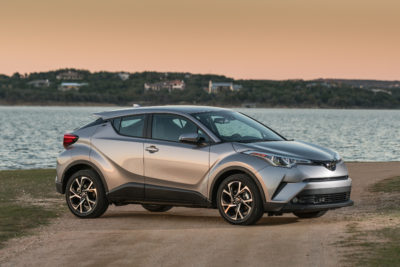 I admit, I’m not sure what to think of Toyota’s brand-new C-HR, the automaker’s latest entry into the subcompact SUV market. (And I admit, I don’t know where they come up with these anagram names.) It’s a peppy, sleek-looking little car that’s clearly not in the Toyota mold–mostly because it was initially designed as a Scion, Toyota’s now-defunct line of cars for hipsters with money from both sets of parents.

The Toyota C-HR is aimed directly at the buyers of Kia’s new Niro-mobile and the well-received Honda HR-V. Subcompact SUV shoppers want a small car that has some height but is super lean, something that can keep up with the sports cars but not drown them in gasoline credit card debt like the big boys who drink a lot. This is a fast-growing market segment, as garages and off-street parking become scarce and roaming city streets in big-boned vehicles better suited for the wide-open spaces of Wyoming or Idaho is becoming more hazardous. 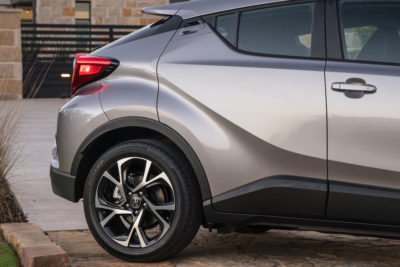 You can get into the C-HR for as little as $22,500.  Mileage is 27 city and 31 highway. There are only two trims: the base XLE (an acronym possibly meant to mimic Jaguar’s XKE) and XLE Premium. Standard features are rather impressive and include a leather-wrapped steering wheel, dual-climate zones, 18-inch wheels (which do look sharp) and a host of important safety features like forward collision warning and lane departure warning with intervention (and honestly, don’t we all need an intervention at some point?). This is a nice little package that does have some heft.  Still…

I think Toyota was hoping for the same kind of splash that the Honda HR-V received when it hit dealer lots in 2015.  I will admit, the overwhelming enthusiasm for the HR-V (Her Royal Vegan-ness?) took me surprise, but the people I know who own one love it and say it really is the best small, subcompact, rolling-efficiency-apartment they’ve ever driven. Same thing goes for the Mazda CX-3. (Where does Central Casting come up with these names that double as codes to the storage space where you dumped your ex’s personal belongings?) 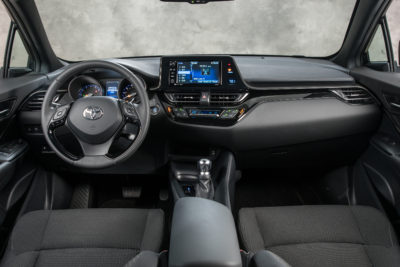 The brand new 2018 Toyota C-HR may ultimately prove to be just as splashy and exciting, but I’m not feeling it. Yet. Yes, I like it, but without the excessive hype or buzz, well, ya know, yeah, I dunno.

To be honest, I’m overwhelmed by the number and quality of new cars that keep rolling off the robotic assembly lines. Not only have the automotive fields become crowded (just as Millennials have started using bicycles so they can apply what might’ve been car payment money to their ransom-like rent or mortgage), but also, the cars I’m driving are all pretty remarkable.  That raises the bar, creating a false impression that a car that doesn’t do everything isn’t worth your time.

To be sure, this isn’t your parents’ car market–but then again, today’s cars aren’t your parents’ cars. Interconnectivity for your ancestors consisted of being able to switch easily between FM radio and the cassette player. Not anymore. Today’s cars require more skill than knowing where the choke is and how to drive a three-on-the-column.

Or having to choose between watching Batman, Gilligan’s Island, or The Flintstones on the family’s only color TV.