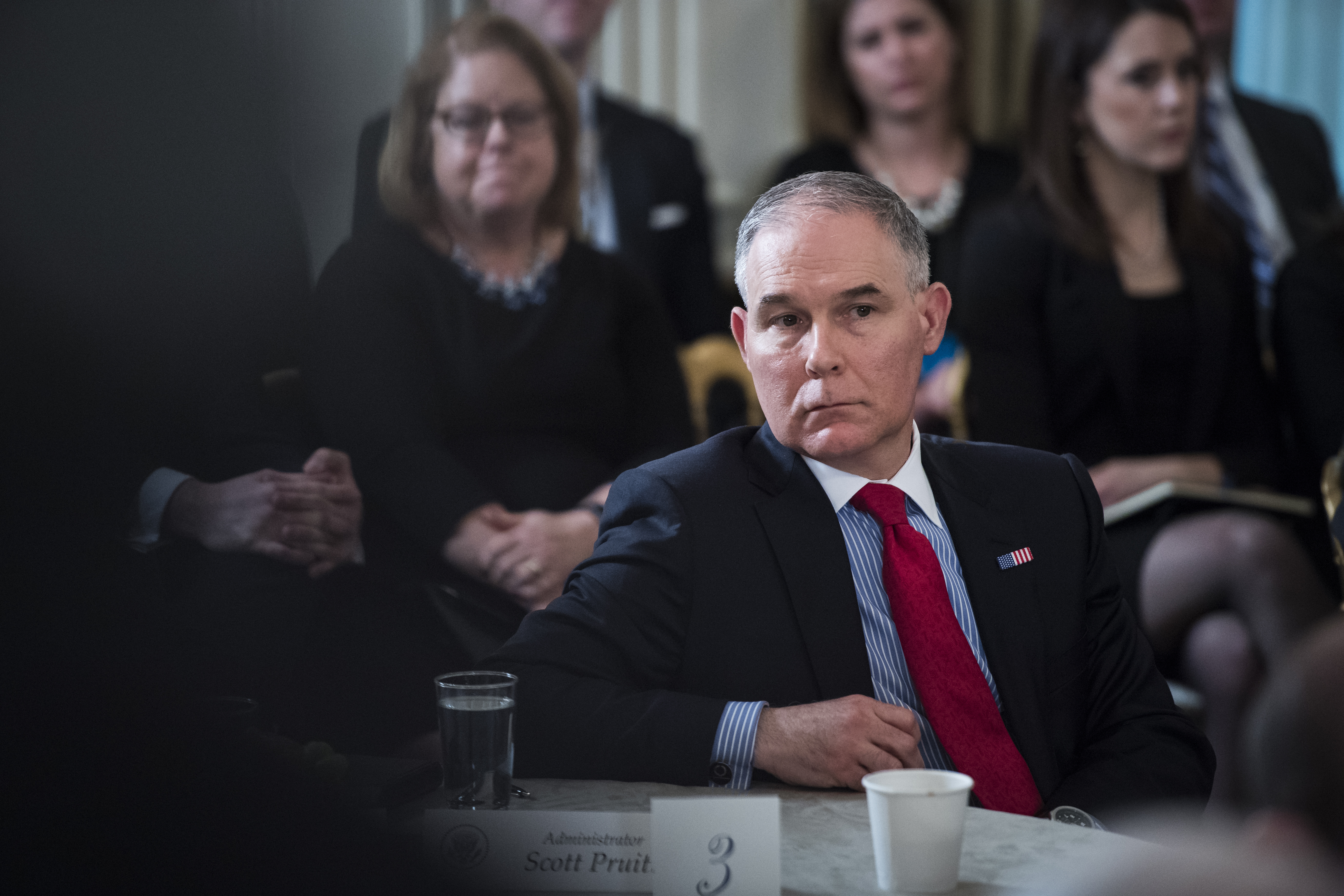 That sound you didn’t just hear was the sound of no one clutching her pearls.

A White House official said the source of the frustration stems from the fact that White House officials began learning about this issue from media reports, not Pruitt himself, an issue that officials have complained about in the past over controversies involving Housing and Urban Development Secretary Ben Carson and recently-fired Veterans Affairs Secretary David Shulkin.

Pruitt rented a room in a condo from Vicki and Steven Hart, lobbyists whose firm has lobbied the EPA on behalf of an Oklahoma Energy company, ABC Newsand Bloomberg reported. According to Bloomberg, Pruitt leased a room for around $50 a night, only paying when he stayed there. In total, Pruitt paid $6,100 for the room over six months, a rate significantly lower than market value.

CNN has confirmed Pruitt’s landlords, the Harts, were political donors of his when he was an Oklahoma state official. According to campaign finance records, Steven Hart hosted a “fundraising reception” for Pruitt’s 2014 campaign for Oklahoma attorney general. The contribution report filed with the Oklahoma Ethics Commission states that Hart spent $1,616.43 on the expense.

CNN goes on to cite several sources that suggests Pruitt’s days at the EPA could be numbered.

What’s not making such huge headlines is the fact that Pruitt is poised to undo Obama-era regulations related to auto emissions. That’ll be a long, complicated process–made even more complicated if Pruitt gets the boot–but given the state of the world we’re living in, I’d say it’s within the realm of possibility. CNBC reports:

The U.S. Environmental Protection Agency is expected to use a Virginia car dealership on Tuesday as the setting to tout its rejection of the Obama administration’s landmark vehicle fuel efficiency rules, a move that could put automakers in the middle of a battle between the Trump administration and California.

EPA Administrator Scott Pruitt plans to sign a declaration by Sunday that the Obama administrations vehicle efficiency rules for 2022 through 2025 are “not appropriate” and must be revised, Reuters reported last week.

Pruitt is expected to speak at an event at a Chevrolet dealership in suburban Washington and will joined by groups representing dealers and automakers, according to people familiar with the plans.

The state of California, which has the power to effectively create its own fuel economy standards, several allied states and environmental groups are gearing up for a legal and political fight over the rules, aimed at curbing greenhouse gas emissions from new cars and trucks.

Fasten your seatbelts, folks. It’s going to be a bumpy two-and-a-half years.