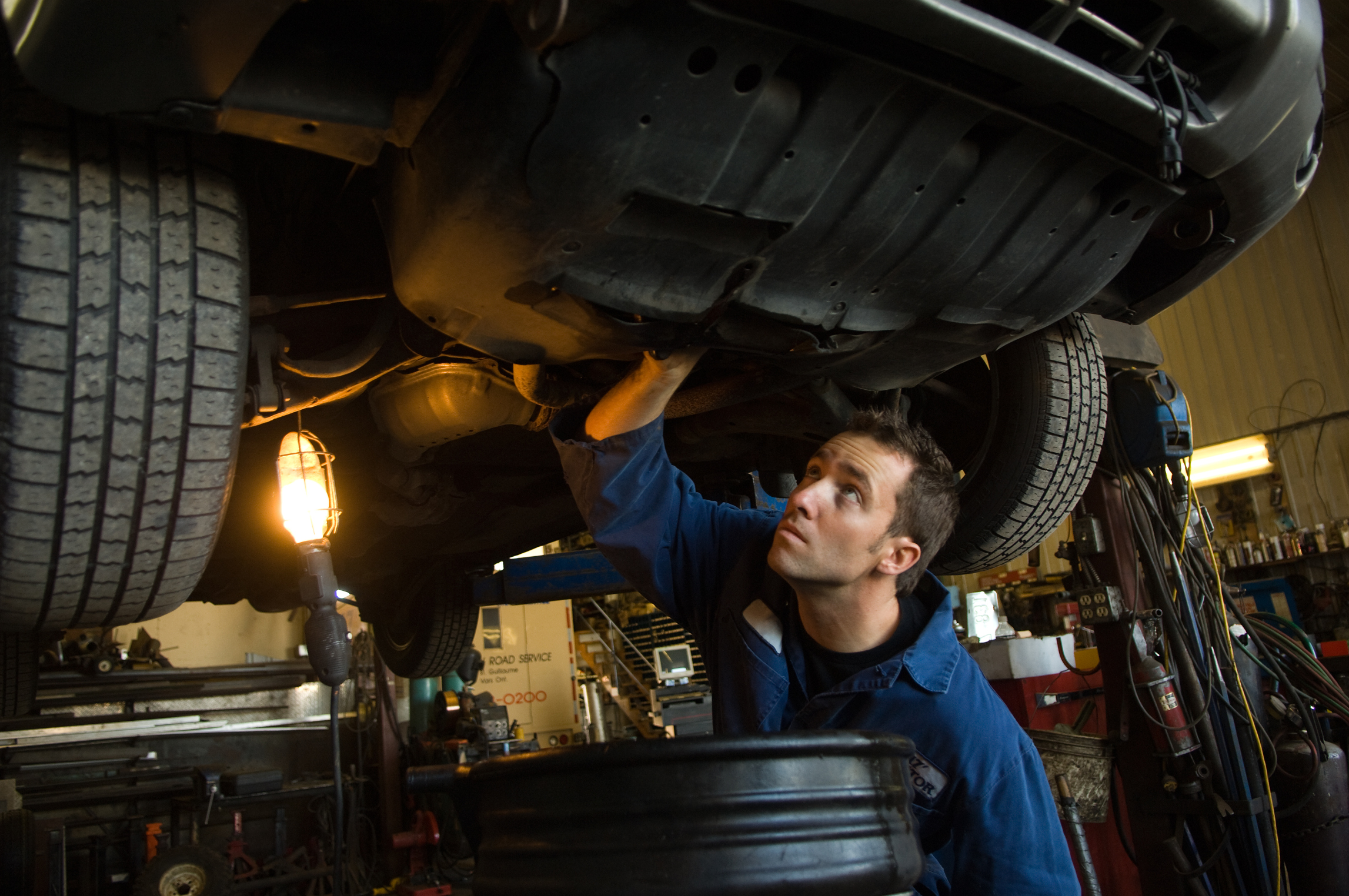 When you visit your local dealership, don’t be surprised if you overhear someone in the showroom–or more likely, the service department–discussing a “worn out tranny”. It’s not what you think.

“Tranny” is, of course, a slang term for “transgender” or “transsexual”. Over the past several years, the LGBTQ community has come to some consensus about the word, and today, we generally agree that it’s offensive–or at least in very poor taste. In 2014, the founder of America’s biggest weekly drag party, Trannyshack, even decided to rebrand after nearly two decades of entertaining eager fans. That was a major turning point.

In the auto world, however, “tranny” is shorthand for “transmission”, an extremely important part of most modern vehicles. So, when you hear a mechanic referring to a “tranny”, he or she probably isn’t being transphobic. Still, I suppose you can call them out if you like. Or just make a big show of clutching your pearls. Maybe they’ll get the hint. 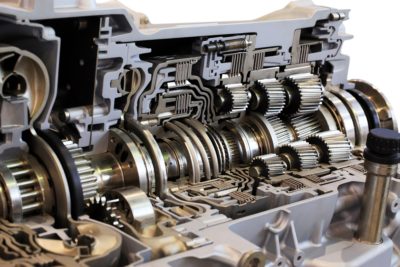 Transmissions take energy from an engine and transmit it to a car’s wheels. (See how that works?) The transmission is a very complicated piece of equipment, which is why it’s very expensive to replace. The one you choose will have a big effect on how you drive your car and how it handles on the road. To avoid replacing it, you should have a Chantilly auto transmission service every year or so to ensure it’s working correctly.

There are many different types of transmissions, but when you’re shopping for a new vehicle, the first transmission-related decision you’ll probably make is whether to go with a manual or an automatic.

Manual transmissions are often referred to as “stick shifts”. They usually require you to drive with both feet–the right for the gas and brake, the left for the clutch. As you accelerate, you have to move through the gears manually, shifting from first gear to second, second to third, and so on. Then, you have to do the reverse as you slow down. (At least in theory, though not everyone does.)

Of the two, manual transmissions are the cheaper option. As an added bonus, once you get the hang of driving a stick shift, it can be a real blast. (Except in stop-and-go traffic and at intersections where you’re heading uphill. I’ve experienced both at the same time in San Francisco. It was not exactly pleasant.)

For those who want all the fun of a stick-shift without having to endure it 24/7, there’s another option: the semi-automatic transmission. Technically speaking, a semi-automatic is an automatic, but it allows you to shift through gears manually if you like–usually by tapping paddles on the back of the steering wheel or by tugging on the shifter. It offers some of the thrills of a manual transmission with the simplicity of an automatic.

How does it handle?

Apart from manual and automatic transmissions, which affect how drivers interact with their cars, transmissions also affect the way that a vehicle handles on the road. The most common are front-wheel-drive, rear-wheel-drive, and all-wheel-drive.

Rear-wheel-drive is more expensive, in part because the transmission has to get power from the front of the vehicle all the way to the rear wheels, which can be complicated. Even worse for budget-conscious shoppers, rear-wheel-drive is more common on “performance” vehicles aimed at power junkies, which tend to be those in the luxury or luxury-esque category. There are a few mass-market, rear-engined vehicles like the Mazda Miata and the Hyundai Genesis, but they’re the exception, not the rule.

Why would you choose a rear-wheel-drive?

That said, there are some advantages to rear-wheel drive. Most importantly, a car with a rear-wheel drive transmission is more evenly weighted. Transmissions are very heavy, so putting one at the back of a vehicle balances the weight of the front engine a bit. As a result, the pressure on all four tires is more symmetrical, so traction is improved. This can turn into a disadvantage in snow or on ice, though, when you want as much weight on the powered wheels as possible so that they have the most possible traction. 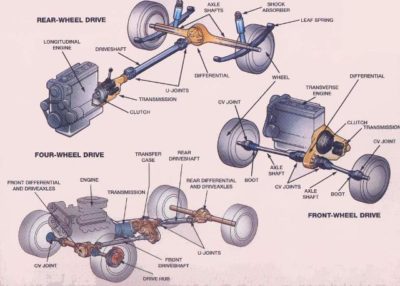 As you might guess, all-wheel-drive vehicles send power from the engine to all four wheels. That uses up more energy, causing a decrease in fuel economy. However, if you live in a place with a lot of snow, ice, or hills, having all four wheels working at once will make for a safer ride.

If you live in a more temperate climate, or if you’re an occasional off-roader, maybe you’d prefer a four-wheel-drive. Four-wheel-drive and all-wheel-drive overlap a good bit, but they have slightly different features.

Today, when we talk about four-wheel-drive vehicles, we’re usually talking about vehicles that can switch between four-wheel and two-wheel transmission–often with the flick of a switch. That means you can leave the vehicle in two-wheel-drive mode for daily activities, saving a little on fuel, then crank up the grip when you need it.

If you’re in the market for a fully electric car, you may not have to worry at all about the transmission on your next ride. That’s because electric vehicles typically don’t have transmissions. Unlike a gas-powered vehicle, which has to rev up through gears to reach higher speeds, electric cars can start out a maximum power when the battery turns on. (If you’ve ever played with a remote control toy car and wondered how it moves so quickly the second you flick the switch, that’s why.) If the car doesn’t reach its maximum power when being turned on, the car will likely need a trip to the best Auto Electrician Sunshine Coast has.

That said, some companies are designing transmissions specifically for electric vehicles, so it’s probably a good thing you read through this anyway. Whether they’ll catch on is another story. (For more on all that, click here.)

Thanks for reading. Stay tuned for our next car-buying post, where we’ll talk about safety features and fuel economy.