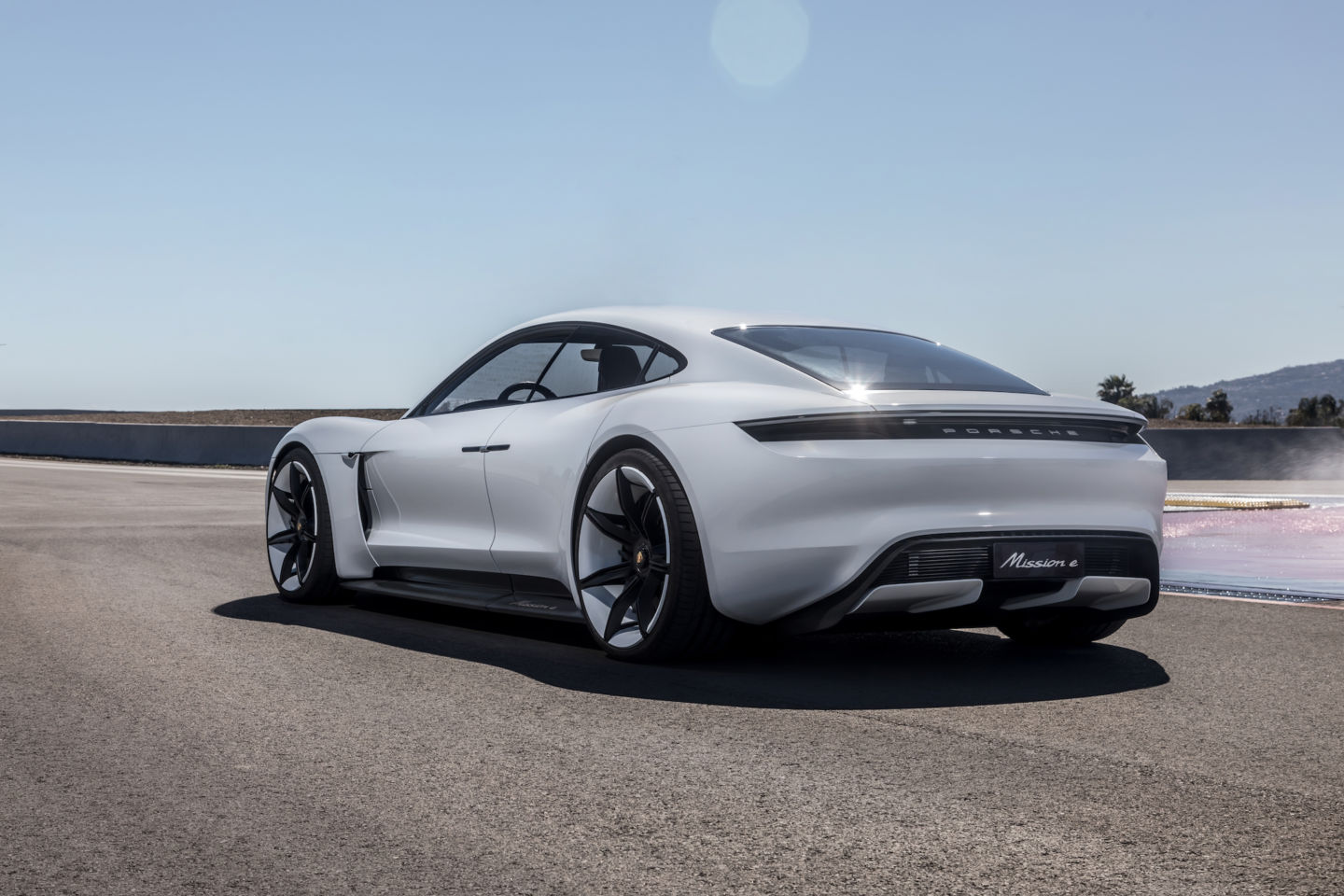 When Porsche unveiled its fully electric Mission E prototype at the 2015 Frankfurt Auto Show, the world gasped. It was one thing to see Tesla tout the Model S to well-heeled early adopters or Nissan hawk its Leaf to the eco-conscious set. It was quite another to see one of the world’s most revered sportscar manufacturers signal a willingness to ditch gas for batteries.

In short, it was a major milestone for electric cars.

Now, we know a little more about the Mission E, which is set to debut next year. Not only will it look and feel like a Porsche, but the automaker is also rolling out a charging network to ensure that owners have access to juice. Ars Technica reports:

We also learned that Porsche and other members of the Volkswagen Group will build out a network of fast-charging infrastructure in Europe and here in the US. Right at the beginning of the project, it was decided the Mission E would use an 800V electrical architecture to allow for rapid recharging—250 miles in less than 20 minutes being the plan. In Europe, VW Group is working with other OEMs in a consortium to make that happen, but here in the US it will go it alone.

We expect Audi will have some plans of its own to share in due course as it prepares for the e-tron. As for now, we know what Porsche has in store. “To meet customer expectations, one of our priorities will be to equip our 189 dealerships with 800-volt DC fast-chargers,” explained Klaus Zellmer, president and CEO, Porsche Cars North America. “We are also working with other organizations on a network of DC fast-chargers for cities and highways. And this is in addition to the thousands of lower-voltage (Level 2 and DC Fast) charging stations that already exist around the country.”