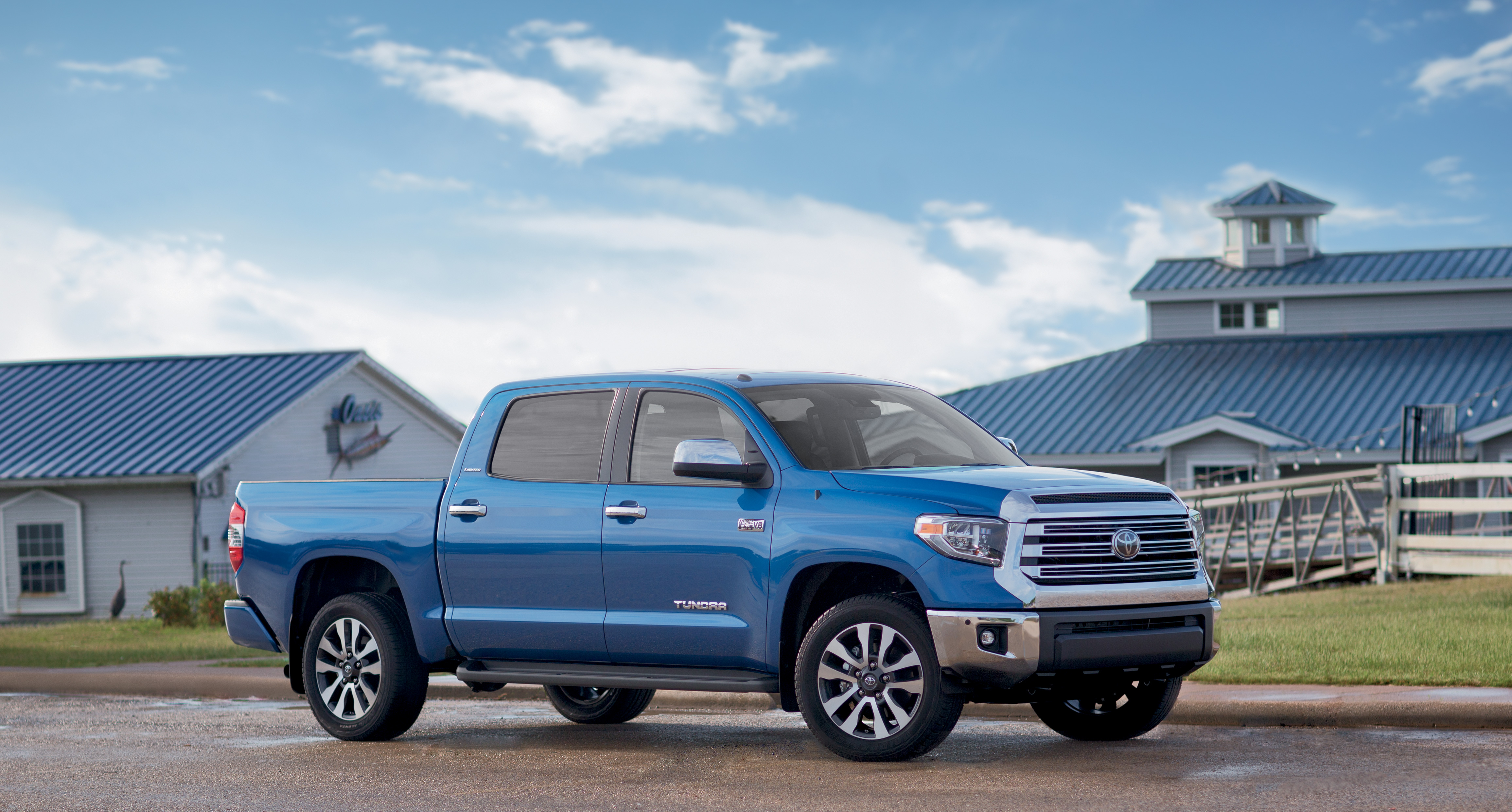 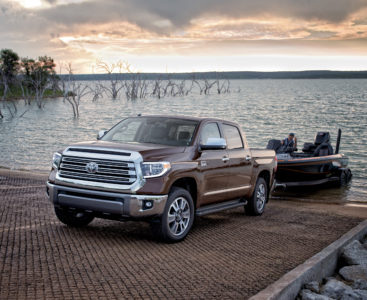 I still say trucks are for work, and if you want a truck to go glam and be beautiful, you have your meds all mixed up.  And yet..if you really do want a beautiful truck that can take it like a top and pamper you like you are the new Stormy Daniels, has Toyota got a new Tundra for you! Introducing the 1794 Crewmax.  I have no idea why it’s called 1794, a year highlighted by the notoriously bloody French Revolution and a year when Kentucky became a state, a decision we are still paying for dearly to this day.

The 1794 is a special edition, a ‘trim’, of the Tundra. It’s kinda its primo top-shelf snazzy splashy truck for those who need to be more than just fancy ketchup. You get leather-trimmed heated / ventilated front bucket seats, along with JBL audio.  The accouterments are amazing, and it may be just the badging, which is a combination of rugged old-west metal looking styling blending in with leather and wood trims and accents that say classy without saying trashy, two styles I often get confused. 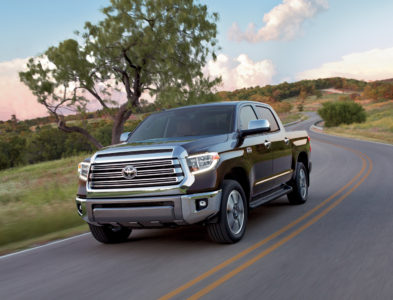 This is a truck for those who want a parade wherever they go, but still need a workhorse to impress the parents or the town folk. I loved it, which means it probably is practical and just a smidge trashy at the same time.  As Dolly Parton famously said, “It takes a lot of money to look this cheap”, but to clarify, there is nuttin’ cheap or sleazy about the 1794.

This is a big truck, as one can clearly see.  As a Crewmax, that means it is a four-door, four-seat truck that will hold your friends no matter how wide a load they sit on. The bed is still short but that doesn’t make the 1794 is any less imposing. If you really do need a parade, you will need to attach a flatbed. I have no idea how to do that, but I do know bears with tools and ratchets….

I loved driving it around town.  No matter where I went, I got noticed, and I admit, I loved it.  Whether I was attempting to parallel park or tried to squeeze into a Compact Cars Only parking space, people would point and I’m sure the wide smiles on their faces were because I looked so pretty. 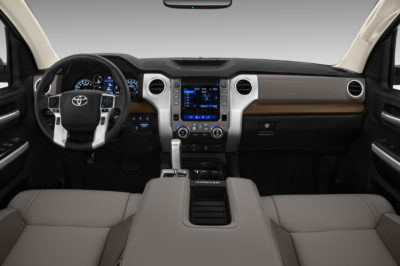 Yeah, sure, I admit that I am drawn to shiny objects, even the ones that can hurt me.  The 1794 is definitely a shiny object, and it can hurt you in the wallet (which is close to your huevos rancheros) to the tune of $47K+ for the base trim and just over $50K if you want 4-Wheel Drive. Rarely does one need that much power, that much truck or that much glam all at once. And if you really aren’t Elton John or Boy George and don’t own lotsa land where cattle and cars can roam free, where’re you gonna park that big thing?  Big things can be pretty, but you can’t just leave them in the gutter overnight.  Strange things can happen.

At least once in your LGBTQI life, you really should ask the question: are you a work horse or a show pony. Be honest and let your conscious be your guide.

And then see what your wallet is telling you. It might lead you to 1794 just for the night.