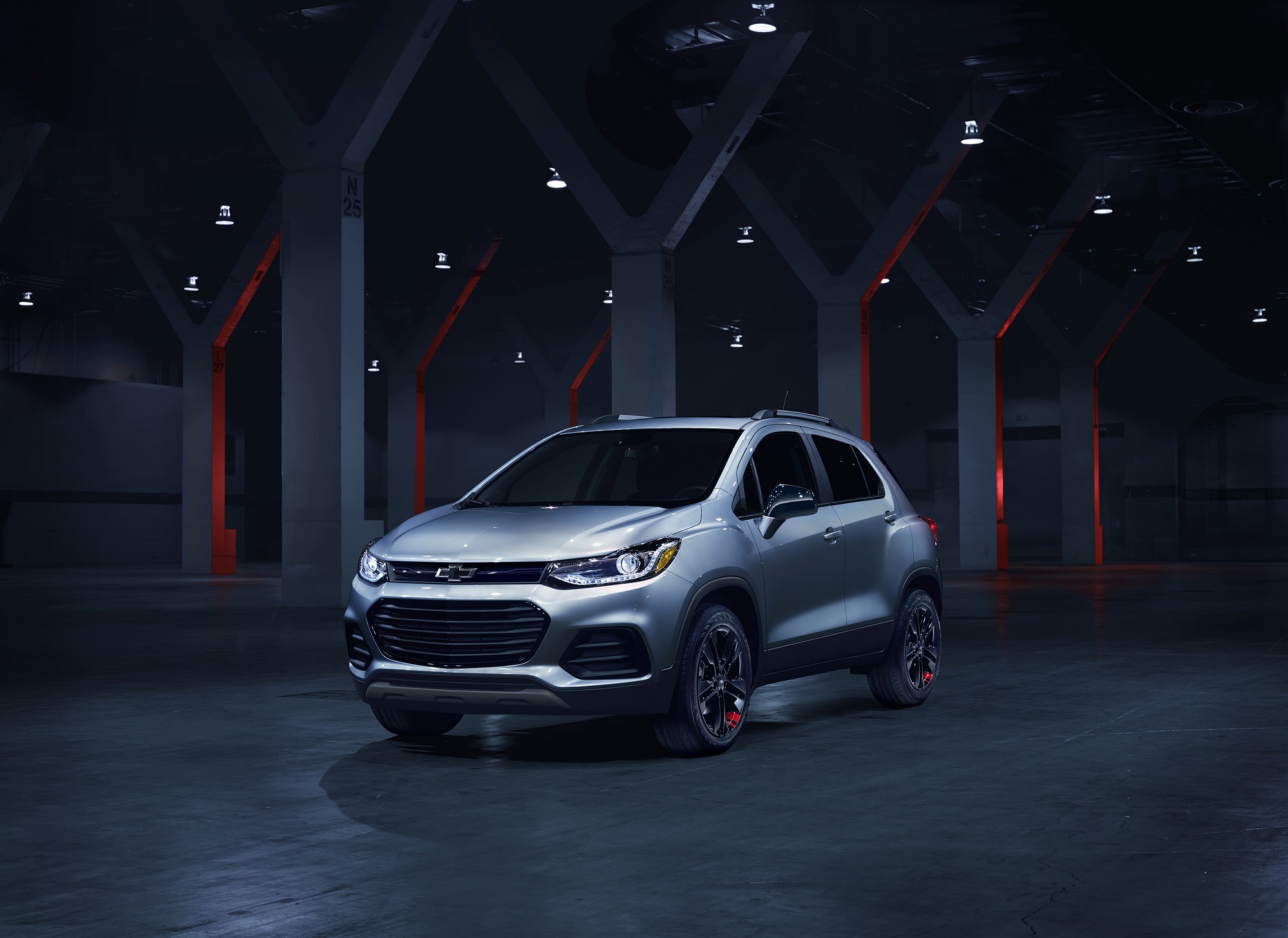 The compact crossover segment is red hot, but most of the models are plain vanilla. They usually look like they’re wobbling on tall roller skates above the little commuter cars on which they’re based. While it looks sturdy, and is pleasant to drive, that’s definitely been the case with the Chevy Trax. To remedy its frumpy style, designers crossed the red line and dipped their pens into the vat of cool that coats sporty Chevys like the Camaro, Colorado, and upcoming Blazer.

Inside, the Trax Redline is mostly a class act. Stitched leatherette on the dash, perfectly-sized leather-wrapped steering wheel, and Jett Black canvas and leatherette seats are very nice – as are Bose audio, power sunroof, and tilt/telescoping steering column. Storage is enhanced with 60/40 split/fold rear bench seat, underseat front passenger storage, and cubbies in every crevice. As typical in Chevrolet crossovers, it seems as if GM is trying to corner the market on hard plastic for the dash tops and doors.

Our Trax is not burdened with fancy crash-avoidance systems, but does come standard with a rear vision camera and easy-to-use infotainment system that can be controlled by voice or 7” touchscreen. It’s easy to swipe through radio stations and music libraries, but it would be better if a proper tuning knob joined the volume knob. Bluetooth, Wi-Fi, Apple CarPlay, and Android Auto make connecting iThings easy. 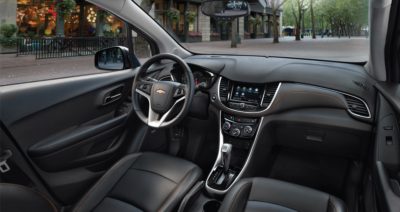 If you’re thinking this sporty little Chevy might scorch pavement with some sprightly powertrain, think again. It’s a very nice vehicle, but a Camaro it is not. Like other Trax editions, it runs with a 1.4-liter turbocharged four-cylinder engine that delivers 138 horsepower and 148 lb.-ft. of torque. All of that routes to the all-wheel-drive system through a six-speed automatic transmission. Fuel economy is rated 24/30-MPG city/highway.

Nothing about that is terribly exciting, but it’s enough power for a compact crossover with sporting intentions. Would it be better with 200 horsepower? Sure, but it’s not necessary. Fuel economy is decent, but behind key competitors. Better than the engine, ride and handling are quite good. Some bumps will jolt the basic suspension, but nothing squeaks, creaks, or rattles in the cabin. Push it into a corner and it’s almost fun.

Nobody is going to confuse the Trax Redline with a Corvette, but that little hint of “angry Camaro” style sets it apart from other affordable compact crossovers. It looks good and with the exception of swaths of hard plastic, the interior is a pleasant place. Given a base price of $21,000, or $28,295 as-tested, Trax is formidable competition for the Ford EcoSport, Fiat 500X, Subaru Crosstrek, Honda HR-V, Toyota C-HR, and Hyundai Kona.