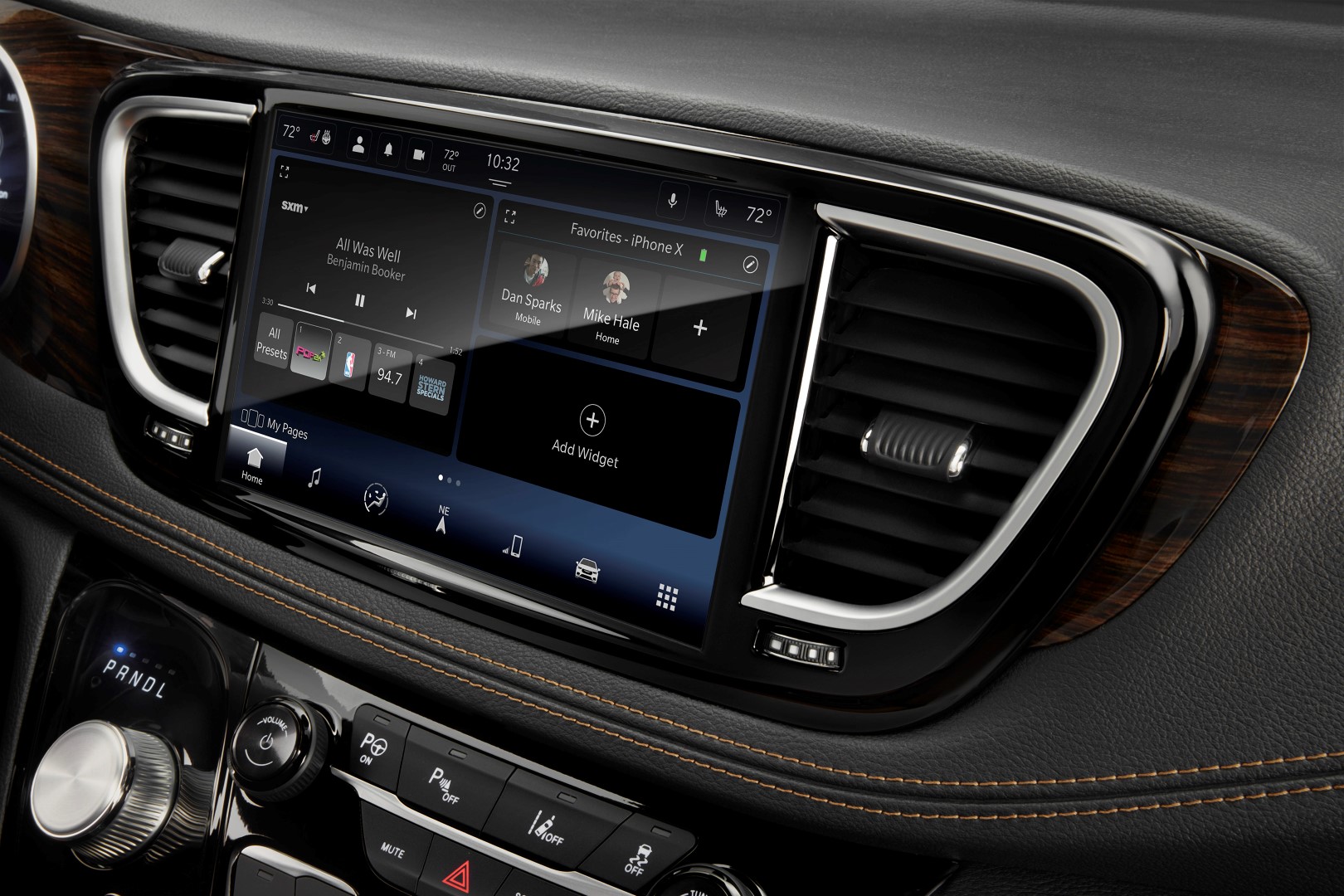 Fiat Chrysler Automobiles has been a leader in infotainment systems for over a decade. Their systems have always been easier to use, reliable, quick, and informative. However, there are parts of the latest UConnect system that needed some work.

FCA went back to the drawing board and created the new fifth-generation UConnect system. Their aim was to simplify operations, while adding more processing speed, connectivity and customization.

The backbone of the UConnect 5 is a new microprocessor that runs five times faster than the previous version of this infotainment system. Driving this microprocessor is an Android-based operating system. Google’s mobile architecture was chosen for its versatility in creating multiple screens that are easier and more intuitive to use.

The first result is an easier-to-use and read user interface. This is due to a card-based format that can be in two, three or four panes on a single screen. You can customize each card for a specific function – radio/media input, on-board navigation, information, and so forth.

Each screen is tied to a specific user profile. You can now set up five profiles for each user, customized down to specific screens, and radio pre-sets. Now, you can add certain functions to the top row of the screen that would have taken a few or more screens to get in older UConnect systems.

Connectivity options have been expanded to include Alexa through Home to Car and Car to Home commands. Onboard Wi-Fi is now an integral part of UConnect 5 providing both up- and downlinks for various wireless functions. Natural voice recognition has been enhanced for improved hands-free commends.

The UConnect 5 system is one of the first infotainment systems that allow wireless smartphone connectivity. Plus, you can have two phones connected through the UConnect 5 system at the same time. It is set up where an incoming call can come through on one phone, while the other phone is on a current one.

The onboard navigation system and interface has also changed. TomTom now drives this system enabling navigation updates through Maps Over The Air.

One detail that has been added to the radio part of UConnect 5 is the number of presets. You can now program up to 64 presets regardless of band – AM, FM, and SiriusXM.