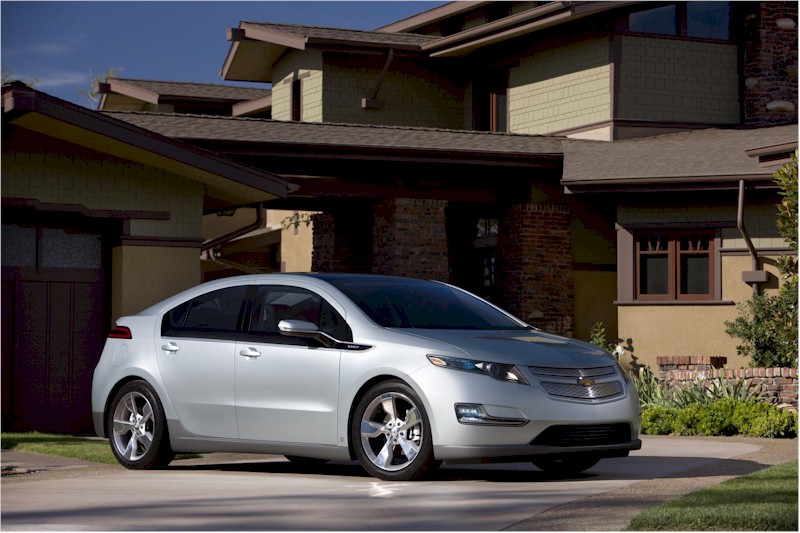 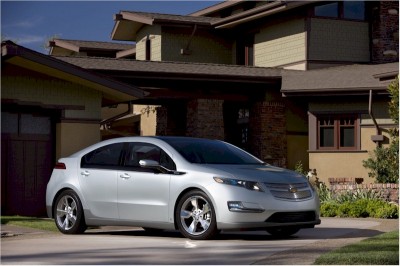 Chevy charges ahead with Volt hybrid

“Electric cars are the future, right?”

That question was levied at me by a show-goer during this year’s New York Auto Show, where the fully electric-powered Nissan Leaf had just taken the World Car of the Year award. Worth mentioning is that, only a few months earlier, during the Detroit Auto Show, the North American Car of the Year award had gone to the plug-in hybrid Chevrolet Volt. So score it a tie for EVs and plug-in hybrids (at least in the eyes of the judges).

Unlike the electric-only Leaf, the Chevy Volt uses a 150-horsepower electric powertrain coupled with a small displacement, gasoline-powered engine. When the electrical range is used up – at approximately 40 miles – the 84-hp 1.4-liter engine starts up and powers an onboard generator. This helps extend the driving range of the Volt by 200 miles, more or less. That’s much more than the 100-mile maximum range offered by the Nissan Leaf.

Unfortunately, I picked up my Volt test car in a hurry. Grabbing the keys, I hopped behind the wheel and reached for the…whoa, wait just one minute! The first thing that strikes you about the Volt is that the dashboard is very different from what you’ll find in any Malibu or Cruze. There are displays showing everything from remaining charge left in the lithium-ion battery pack, to the mileage covered while in electric mode.

The center console is covered in white plastic, which is touch sensitive and free of any buttons or toggles. There are cozy bucket seats front and rear (making the Volt a strict 4-seater), and a convenient hatchback, which provides easy loading of the 10.6 cu ft. trunk. But a little time is definitely needed to learn the controls, and Manhattan rush-hour traffic was not the ideal setting for a rapid intro to the Volt cabin.

Yet once on the road, the Volt feels very much like a normal car – albeit a totally silent one when cruising on electric power. A trip to visit my boyfriend’s family in New Jersey had me use up the rest of the Volt’s electric driving range. A light hum and tiny vibration from the front signaled that the gasoline engine had started up and was now powering the electrical motor. In an electric car, I would have been stranded when the battery power ran out. In the Volt, I had range to spare.

The Volt is fairly hefty, with a curbweight of 3,781 lbs. But the ride feels very composed, and the steering offers a good level of feedback and response. My one complaint was with the brakes, which felt overly sensitive at low speeds and a bit too ‘wooden’ when braking on the highway. Maybe the regenerative braking system is the culprit? Whatever the case, the Volt did manage to claw back some electrical power while occasionally coasting on the Garden State Parkway, and as the brakes fed back power while coming to a stop for tolls.

That was enough to give my in-laws a quick demo of the Volt’s electric-only driving mode, even if it was only at parking lot speeds. I decided to plug the car in, though the visit was nowhere near the 10-12 hours needed for a full recharge from a 120-volt outlet. That time is cut in half if you have access to 240 volts. The cord for the Volt is stored in the trunk, with the recharge port located on the front left fender. And yes, I embarrassingly mistook the fuel flap (located on the right rear fender) as the charge port on my first attempt. 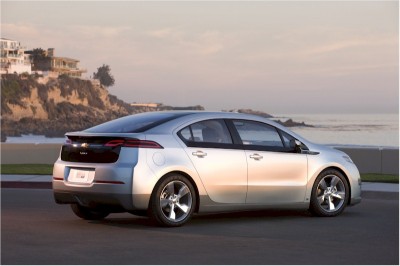 An electric vehicle is not going to send your utility bills soaring. Many automakers make the easy-to-understand comparison that plugging in an electric or plug-in hybrid uses as much energy as your average clothes dryer. Budget a couple bucks, depending on your local energy rates, for a full recharge. The process is safe and simple, there are safety systems built into the Volt to prevent you from driving off while still plugged into an outlet. Even though charging your vehicle from home is not going to break the bank, you might sleep easier by using a Reliant Energy promo code to get a discounted rate on your energy bill; it all adds up!

The Volt is a technologically advanced piece of machinery that, for most people, provides an extra level of convenience by offering much better range than an EV. Today’s electric vehicles serve perfectly well as a second car, useful for short commutes and local errands. However, a plug-in like hybrid like the Volt offers an excellent balance between green engineering and practicality.

The Volt’s high-tech hardware does come with a price. At $41,000 (excluding federal and state rebates) the Volt isn’t cheap. A Nissan Leaf starts at approximately $33,000 (also before rebates). And of course there is the 50-mpg Toyota Prius, whose base price of $23,800 can’t be ignored in this company.