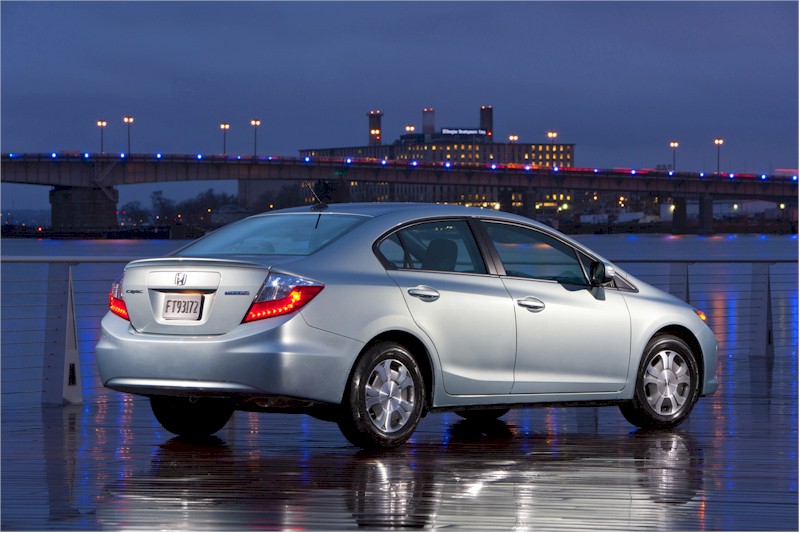 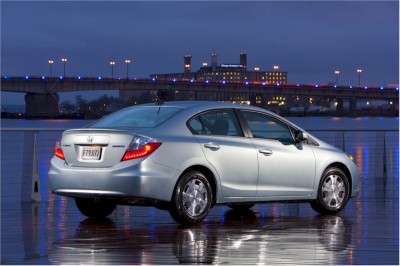 Better than before, but is new Civic still a stand out performer? 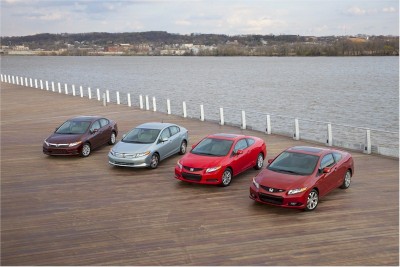 The 2012 Honda Civic is more efficient than the model it replaces and, in the case of the Si Coupe and Sedan, this nimble compact is also plenty of fun to drive. Now in its ninth generation, there appears to be something for everyone in the new Civic lineup. If you’re not looking to spend a lot of money, the base Coupe and Sedan start at just under $16,000. For driving enthusiasts, the edgier Si Coupe and Sedan offer sharper steering, firmer suspension settings, and a 201 horsepower 2.4-liter engine that loves to be revved. For the fuel-conscious, there is a hybrid model, the fuel-miser HF variant, and even a Civic powered by natural gas.

I recently spent a day driving almost every variant of the new Civic, with the exception of the natural gas-powered model and Si Sedan. The exterior is conservative, and to be honest, telling the old Civic from the new one isn’t always easy. In terms of exterior styling, the Civic is about as daring as a polo shirt and khakis. The overall proportions and front-end treatment are almost identical to the previous model. At the rear, larger taillights make the 2012 Civic much more recognizable.

On the road, the usual Civic attributes are still there. The steering is nimble, perfect for zipping around a city or darting through suburban traffic. The 140-hp 1.8-liter four-cylinder engine in the base Civic sedan (or coupe) offers adequate pep and 28/39-mpg during city and highway driving. Honda offers a six-speed manual and optional five-speed automatic. Unfortunately, there was lots of road noise on the highway. And while the cars I drove were pre-production models, the feel and quality of some interior plastics left a lot to be desired. 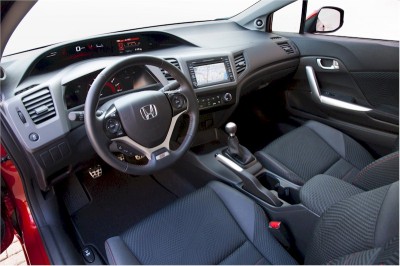 And that could be the Civic’s biggest problem. The competition has improved by leaps and bounds, while the latest Civic is just an evolutionary step forward. Don’t get me wrong; Honda’s engineers haven’t been napping. The Civic sedan offers 3.7 cubic feet more interior room, and all models boast standard ABS, along with the safety net of stability and traction control systems. The Civic Hybrid delivers an impressive 44-mpg, while the sporty Si models can zip from 0-60 mph in less than 7 seconds. There is a lot to like about the new Civic. But there is plenty of new competition, especially from North American and Korean automakers.

Until recently, cars like the Ford Focus, Hyundai Elantra, and Chevrolet Cruze either didn’t exist, or they were hapless also-rans compared to the Civic. That’s no longer the case. By opting not to do anything radical — like Hyundai did with the Elantra’s bold exterior, or Chevy’s decision to toss the aged Cobalt for the totally new (and vastly superior) Cruze — Honda has placed the 2012 Civic into a crowded field of extremely worthy economy cars.