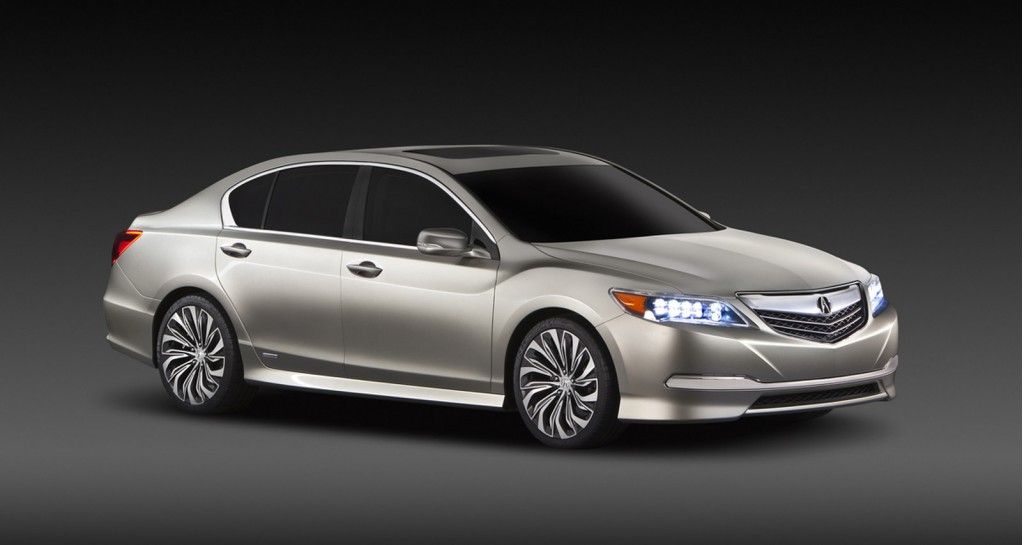 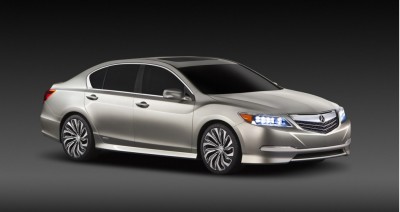 The Acura RL has always had a hard time fitting in. Much like people you might have known in high school. Trying to hang with the popular crowd but always falling short. The current RL is satisfactory, but in a group filled with the latest and greats from Lexus, Audi, BMW, Mercedes, and Infiniti, it’s tough to demand some spotlight. The 2013 RLX concept is Acura’s latest attempt to fit into the large luxury sedan category.

Shown at the 2012 New York International Auto Show, Acura previewed the concept with a beautifully artistic video (see below) shot along the streets of NYC, where there’s even a cameo from a much-older Acura Legend.

Never one to shy away from green technology, the RLX-concept has Acura’s new Sport Hybrid Super Handling All-Wheel Drive, which features a 3.5-liter V6 engine, along with three electric motors, two-of-which supply power to the rear wheels. The engine is rated at 370hp and mated to a seven-speed transmission. Green-indeed. Acura has hopes to gain notoriety by nabbing that much-desired 30+mpg rating. As noted, a FWD model will be available with a 310hp engine.

Acura has filled the cabin with technology that will suit any technophile. The newly-updated AcuraLink and Ultra-Premium 14-speaker sound system give the driver and passengers access to internet and email, streaming internet radio, and multiple safety features. With a dual-screen set-up in the dash, which Acura has named On Demand Screen, your hands are free from the monotony of buttons. 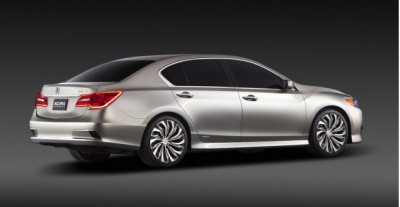 The clean lines of the sedan show that Acura isn’t taking any chances with its flagship sedan. The stately sedan is sleek and sophisticated for its intended audience. The exterior design has come under some scrutiny, with some saying the concept is too plain, while some say the concept resembles other sedans already on the road. I really cannot see anybody being completely turned-off by the design, yet it’s beautiful enough to attract a larger clientele to Acura. The pendulum grille lives on, but designers have made it a subtle, attractive signature piece. Up-front, Acura installed its latest Jewel-Eye headlights, which are made up of LEDs to help guide the driver into turns and give a more precise glow to the road. Acura also fitted its concept with unfortunate 20-inch rims, which will hopefully disappear when it reaches production.

In a category blurred with beautiful sedans and tech-filled cabins, the RLX may have a chance to draw in a new crop of drivers that love luxury and sport, yet crave green-tinged efficiency when necessary.