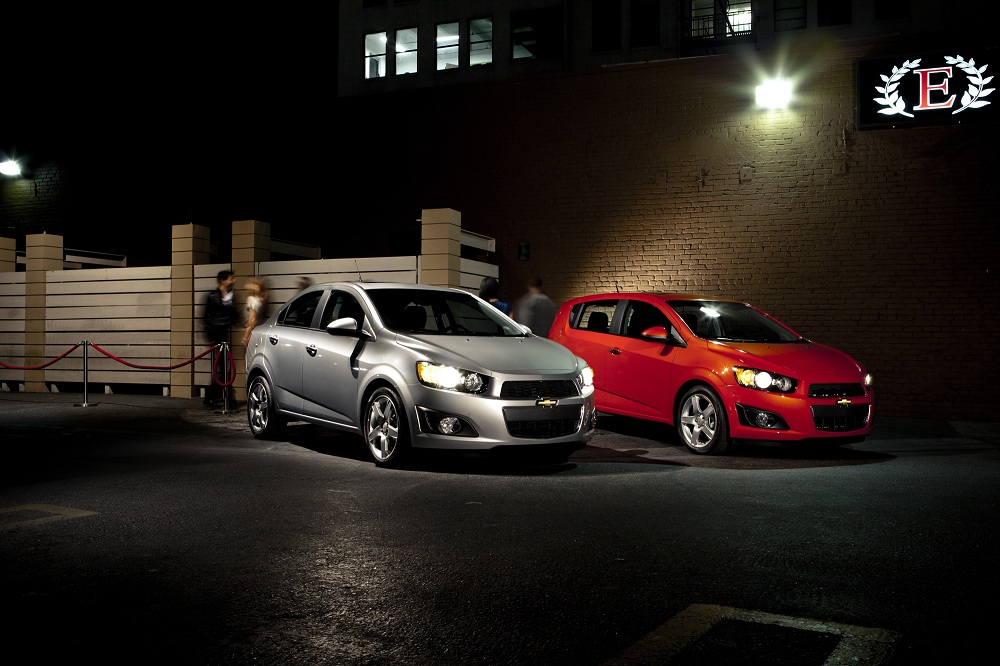 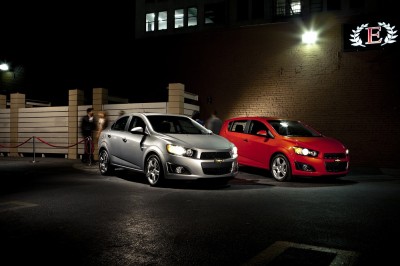 If you’re old enough to remember the gas crisis of the 1970s, you’re probably old enough to remember some of the econo-boxes it inspired — dinky, rattly little things that offered solid fuel economy at the expense of physical and mental comfort. Getting one up to highway speed took Herculean effort, not to mention nerves of steel.

The Chevrolet Sonic is the grandchild of those cars, but apart from its pint-size profile, it bears little resemblance to its ancestors.

The Sonic is one of the most recent entries in the automotive industry’s increasingly crowded subcompact field. However, thanks to some very admirable features — and some very nice customization packages — the Sonic can easily hold its own against the competition. 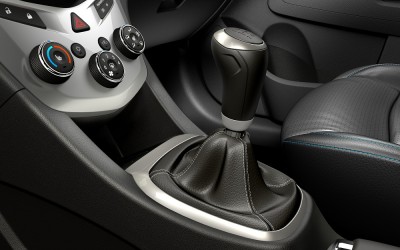 When the Sonic arrived at my front door, I admit, I squealed a little. The sedan’s bright red paint was striking, but more importantly, they’d sent over a Sonic with a manual transmission — not a dual-clutch, but a bona fide manual (something that’s increasingly hard to find). As any driver with left-foot skills can tell you, manuals mean serious fun.

And the fun began as soon as I started her up. The 1.4-liter turbocharged Ecotec four-cylinder engine gave off a sporty exhaust note that set my blood racing. (I’m not a speed demon by any means, but a primal thing like that is hard to resist. Imagine Christopher Meloni growling in your ear: it was that good.)

That engine also provided some impressive pickup. The 138 hp didn’t wow me on paper, nor did the respectable 148 lb-ft of torque. But the moment I put that baby into first gear and let off the clutch, my opinion changed — and how. There was none of the expected lag from the turbo engine; just pure thrust. 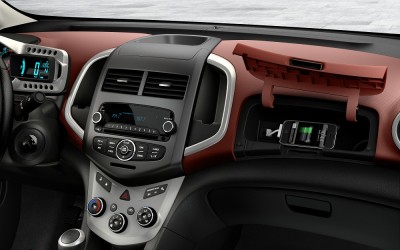 My other favorite thing about the LTZ model I drove (the top of the Sonic’s three trim levels, which also include the LS and LT) was the center stack. Unlike its big brother, the Chevy Cruze, the Sonic’s infotainment and climate control systems were all easy to read and navigate. True, they were a tad simpler than in the Cruze, but I’ll take simple and usable over complex and confounding any day of the week.

As you might expect in a car with MSRPs ranging from $14,495 to $17,995, the Sonic contains a good bit of plastic. It’s not the cheapest-looking interior in the segment — not by a long shot — and it does benefit from some very appealing, intuitive design. But if you’re plastic-averse, it’s something to be aware of.

Also, I found the seating position in the Sonic to be really low. Adjusting backward and forward was easy, but moving up and down? Not so much. True, it gave the Sonic more of a racing feel, which might appeal to some drivers, but it seemed strangely low to me.

As a result, it was hard to read the gauge cluster, and even harder to get comfortable. Even with the steering wheel ratcheted all the way down, my arms were still sloped upward. Remember the old woman driving in the chase scene from Ferris Bueller’s Day Off? That’s pretty much how I felt. 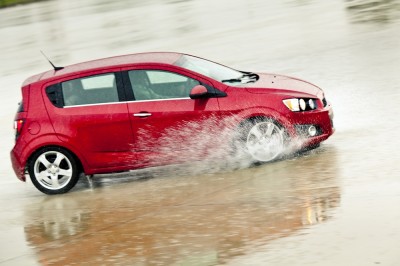 But the biggest ding against the Sonic would likely be the ride quality, which I found to be a bit rough. Now, keep in mind that I’m based in New Orleans, and our roads are…well, somewhat less than stellar. Still, even on smooth stretches of highway, I felt jostled — which, given the low seating position, occasionally made it feel as if I were driving a go-kart.

However, that’s not to imply that the Sonic is unsafe. If anything, it’s quite the opposite, boasting a full array of airbags and safety gadgets, as well as a Top Safety Pick from the Insurance Institute for Highway Safety. All I’m saying is, if you’re used to driving a compact SUV, the Sonic could take a little getting used to.

If you’re looking for a small car to get you around the city, the Sonic is well worth a look. Given the variety of trim levels available, there’s a Sonic for every budget.

If you need a car for commuting, the Sonic can also fit the bill — though I’d recommend upgrading to the LTZ model. Despite the low riding position I mentioned above, the seating is comfortable. In fact, you might not even notice that the leather-looking upholstery is actually leatherette.

Most importantly, the Sonic is fun — far and away, the most fun car I’ve driven in a while. It may not be great for families with more than a child or two, but it’s perfect for a first set of wheels. In fact, I’ll be surprised if the Sonic doesn’t develop its own rabid following of tuners, like the groups that have massed around the Scion brand. Give it a spin, and let us know what you think.

For more info, check out the stats and gallery below.