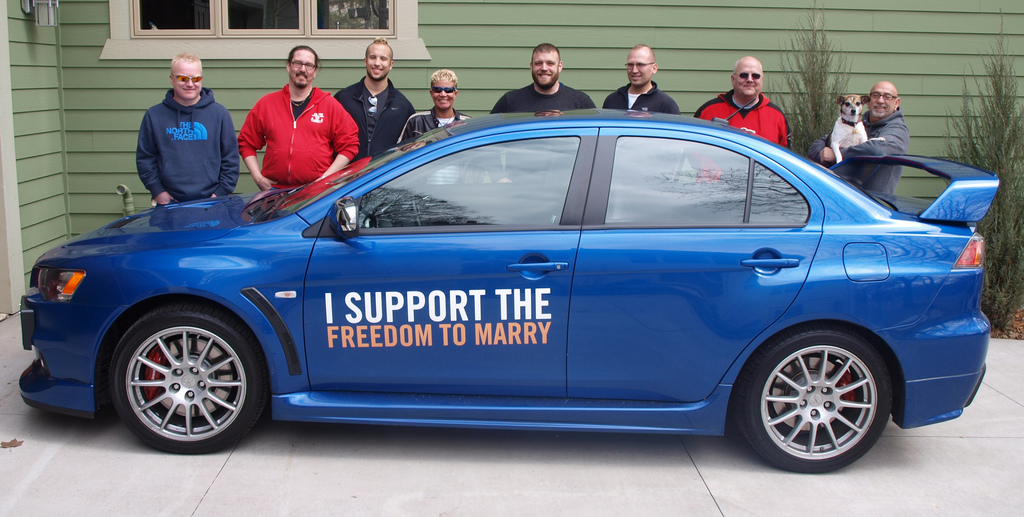 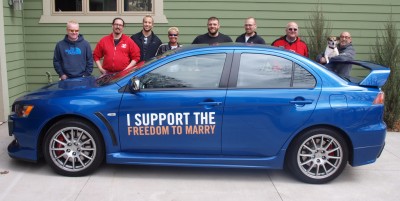 Richard Herod is at it again.

Last fall, Richard received a notice from his townhome association in Woodbury, Minnesota, insisting that he remove the anti-marriage amendment sign from the yard in front of his house. (At the time, Minnesota was preparing to vote on that amendment; if passed, it would’ve enshrined homophobia in the state constitution by denying gay and lesbian couples the right to marry.)

As a clever way to circumvent the association’s rulebook, Herod used his decaling knowledge to create a vehicle wrap with the same message as the yard sign. After he posted a photo of his Mitsubishi Lancer Evolution X on Facebook, 300 vehicle owners across Minnesota asked him to help trick out their own rides with marriage equality decals. Their visibility played a role in defeating the hateful marriage amendment at the ballot box. 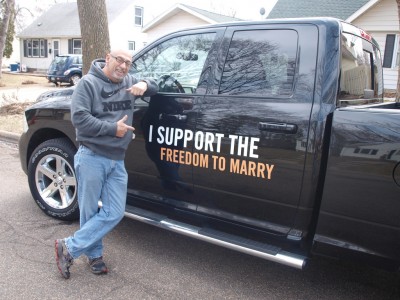 This winter, the Minnesota legislature introduced a bill to change the language of the law defining marriage to be more inclusive. The political group known as Minnesotans for All Families, along with state and national LGBT advocacy organizations, got onboard to lobby for the passage of the bill through both houses. Democratic governor Mark Dayton strongly supports the bill, and it appears that he may have just enough support to pass it, since the DFL (the Democratic Party in Minnesota) controls both houses of the legislature.

Interestingly enough, the Republican caucus have responded to the marriage equality bill with one of their own — one that legalizes civil unions as a marriage alternative. This complicates things somewhat, as it appears that the state wants to recognize same-gender couples, but how far should they go? There are still people in Minnesota who would rather not see any recognition of legal status for lesbian and gay couples. 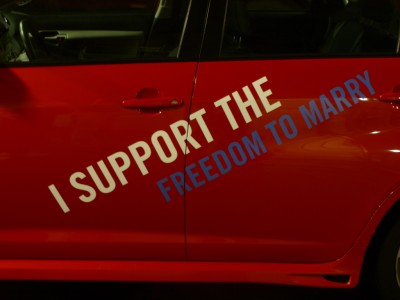 And in recent days, the situation has become even more complicated: in addition to the marriage equality bill and the one proposing civil unions for same-sex couples, there’s now a third bill which proposes civil unions for all couples, gay and straight. That would give same-sex couples the same legal rights as their straight counterparts (at the state level, anyway), leaving “marriage” to religious institutions.

With lobbying efforts ratcheting up, Herod has begun wrapping vehicles with a new message — this time, in support of the initial marriage equality bill. If you’re interested in having your vehicle wrapped, send an email to kickboxer1977@aol.com for full details.