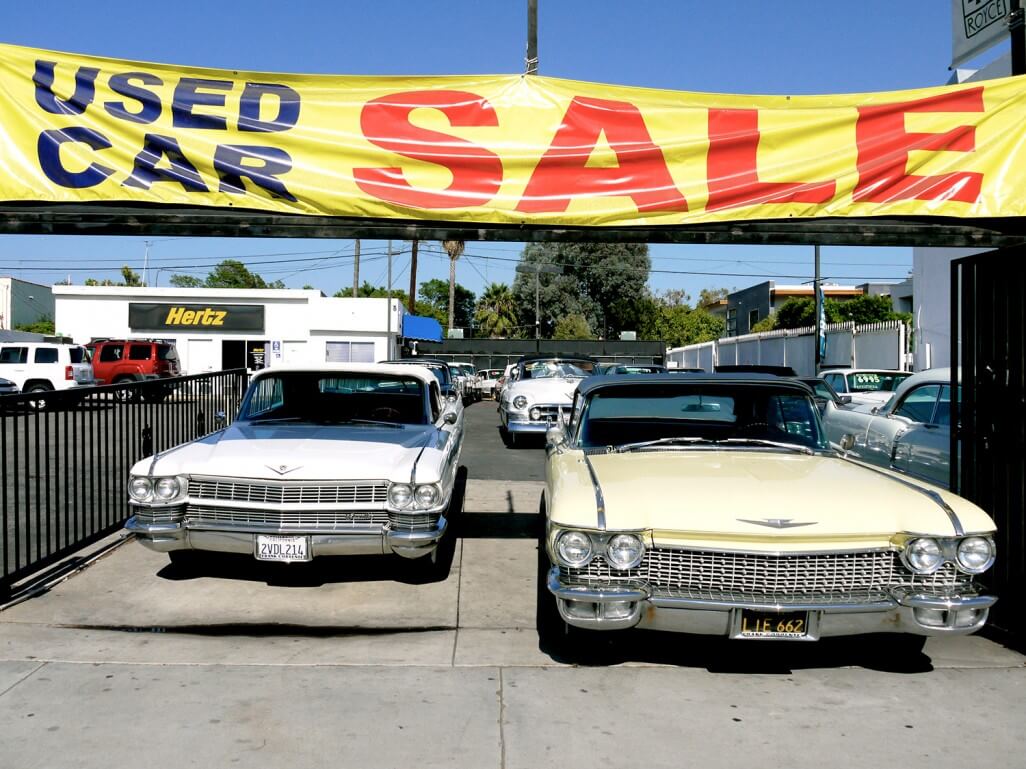 Second-hand can be a great first choice

I won’t lie: my money’s on used cars. But then, if you read last week’s post, you probably picked up on that.

The truth is, very few people truly need a brand-new car. Not to say that if you are someone who is into new cars and want to spend money on their car’s performance upgrade, it won’t hurt to look into a company like DBR High Performance, if this is the route you want to go down. I know a few people who are into fast cars and it does look amazing though. But for now, I think I’ll stick to my second car hands. Plus, it doesn’t stop me from looking, which is always the best part. A lot of things in a car can be replaced, like the car amplifier. It really is not hard to find the best value 4 channel car amps for sound quality if you read the right the reviews. That’s one less reason to buy a new car! They may want one for the reasons I’ve discussed, but need? That’s pretty rare.

Let’s go through the pros and cons of used cars, and you can decide for yourself which makes more sense for you and your budget. 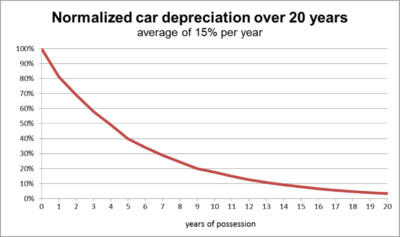 Used cars depreciate far more slowly than new cars. New cars begin losing value as soon as they’re driven away from the dealership. Need proof? The suggested retail price of a brand-new, 2014 Toyota Camry–one of the best selling models in America–started at $20,697. According to Kelley Blue Book, that same car purchased one year later, in excellent condition, with no cosmetic damage and no mechanical issues, was valued at $15,861. That’s a quarter of your investment, erased in the first year. Ouch.

The same is true even for vehicles that hold their value a bit longer, like pickup trucks. The 2014 Ford F-150 Super Cab, for example, started at $27,346 brand new. A year-old used one in excellent condition cost $24,143. That’s a much smaller rate of depreciation–about 12%, or half that of the Camry–but considering that the F-150 can last for well over a decade, it still shows that much of the depreciation on new vehicles happens up front.

Let’s be clear: I’m not saying that used cars don’t depreciate over time. However, by buying a vehicle that’s just a year old, you’ve already gotten past the worst of it. The rate of depreciation will slow after that.

On a related note, used cars are a good bargain. Options like navigation, smartphone integration, and collision avoidance–options that would’ve cost a pretty penny to add to a new car–are much more affordable in a used car. That’s not just because the entire car’s cheaper, it’s also because some of that technology may be last-generation. Some used cars can even come with body damage, which can make it even cheaper. But if you work with the right auto body shop you can get an amazing bargain if you’re willing to put in the work.

A 2013 Toyota Corolla, for example, gets 34 mpg highway. (Or at least it did when it debuted. As cars age, they lose a bit of fuel efficiency.) A 2015 model, on the other hand, earns 42 mpg highway. Newer models typically boast better mpgs because of advances in technology and often lighter weight, both of which allow them to sip less gas. That means the 2013 model becomes a bit less attractive, and the price falls accordingly. But even though it’s not equipped with cutting edge fuel technology, the 2013 Corolla still boasts better fuel economy than, say, the Nissan Sentra you traded in for it. That’s a nice upgrade. 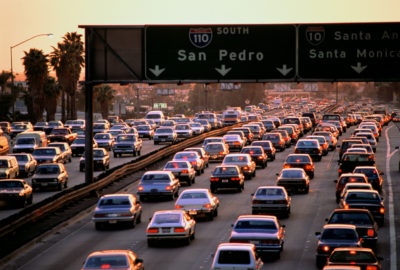 Just as importantly, a used car will last about as long as a new one. That’s especially true if you buy what’s often call “new-used” or “gently used”, within the first two years of a car’s life. The average vehicle in America today is over 11 years old, and they can last far longer if you take care of them. So, who cares if you weren’t around for the first couple of years of the car’s life? It should still give you years of satisfaction.

Used cars are generally cheaper to insure, too. That’s to be expected, because their lower cost makes them cheaper to replace. That means used car owners typically pay lower premiums because insurance companies like www.cheapautoinsurance.co, know that they’ll shell less dough if you (or some jerk who’s texting on the freeway) totals the vehicle.

Remember, there are many costs of car ownership. Paying off a loan (or paying your lease) is a big part of that, but so is insurance. If you’re on a budget, either out of necessity or restraint, a used car can help you stay in the black.

Last but not least, used cars are awesome because the burden of newness is gone. Remember when you were a kid and came to school wearing a new pair of white tennis shoes? Remember how you walked around terrified of scuffing them? Driving a new car can have the same sort of effect.

With a used car, though, you don’t have to worry. It’s already broken in. It may have a few dings or scrapes, even a dent or two. It may sound silly, but to certain personalities that obsess over perfection–I’m looking at you, Type As–getting the first ding out of the way is a very important thing.

Perhaps the biggest downside of buying a used car is that you’re shopping at the whim of the market. You want a silver Honda Fit? Tough. There’s only blue and seafoam green as far as the eye can see. You want a Chevrolet Camaro with a sunroof? It’s not happening–at least not this week. That means that you either have to be patient in your search, or you have to settle for something that’s not quite what you had in mind. Sometimes, you have to do both.

Similarly, you can’t fully customize your ride. So, you found a car that’s the right color, but it’s got two problems. First, it has an eight-track player. That’s not the end of the world: you can purchase an aftermarket car stereo at countless retailers. (Whether you’ll be able to get the full, 10-inch display you want with it depends on the space on your dashboard.) Second, it’s got a six-cylinder engine, and you really want something that offers better fuel economy, like a turbocharged four-cylinder or maybe even a hybrid. There’s no easy way to fix that. 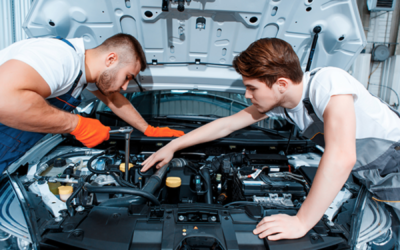 Also, you can never be fully certain about the condition of a used car or its service history. Sure, you can read through the oil-change receipts and other documents that many owners keep in their glove compartments, but that won’t give you the full story of how the vehicle was treated. Before buying a used car, take it to a mechanic you trust for an inspection. (Many garages offer this service now–some for free, some for a fee.) We’ll talk more about this later on.

And last but not least, some people believe that it’s a bad idea to buy used cars because you might end up with a discontinued model like the late, great Honda Element or the late, not-so-great Pontiac Aztek. The argument goes that parts are harder to find for those models, which makes repairs tougher to carry out.

I don’t buy that at all. Vehicles are always changing. Designs and technologies get updated every few years, so components are always cycling in and out. Maybe that one particular part you need for your Dodge Charger isn’t produced in the quantities that it once was. Big deal. It’s still being made. It may just take an extra day to get it, that’s all. As 3D printing gains steam, this will become even less of an issue, because repair shops will be able to print many parts to order in-house.

As I said above, I’m a huge fan of used cars. You can get a bigger bang for your buck, a better return on your investment, and about the same number of years of enjoyment.

When I buy, I usually buy “new-used”. A two-year-old car, truck, or SUV is still new enough to feel “new”, and it’s less likely to have sustained any kind of damage that would hurt its reliability. (Note: “less likely” doesn’t mean “impossible”.) If the vehicle comes from the past couple of model years and it’s got less than 25,000 miles on the odometer, I’d call it “new-used”.

That said, you can’t just pick any used car off the lot and expect it to last:

1. You have to pick a car that’s right for you. I’ll talk a good bit about this in upcoming posts, but the gist is simple: the car that you choose has to fit your needs. This is especially important when choosing a used car, because you’re limited by what’s available on the lots at any given time. You may know exactly the vehicle that you want, but there may not be any for sale near you at the moment. That means you can wait it out, or you can rethink your plan and look at other models. That’s not necessarily a bad idea–compromise and flexibility are important traits for used car shoppers to have. Just make sure that your Plan B is as good a fit for your lifestyle as Plan A is.

2. You have to do your research. See what professional reviewers and owners have to say about the vehicle you want. On paper, it may look perfect, but there may be some design flaws that could become deeply annoying down the road.

3. You have to get the car checked. You can kick the tires all you want, but unless you’re a trained mechanic, you’re going to want to take your potential purchase to a shop for an inspection. That won’t catch every potential problem, but it will be able to identify what’s working, what’s not, and what could fail soon. Small things, like replacing windshield wipers or belts, shouldn’t affect your decision. Larger things like tires or air-conditioning could give you leverage to haggle with the seller. (And unfortunately, haggling is still a part of the buying process, in most cases.) Really big things, like a clunky transmission or an engine, could easily be enough to make you walk away.

Ready to dig in and find the model that’s right for you? Stay tuned for next week’s post on finding the right ride.