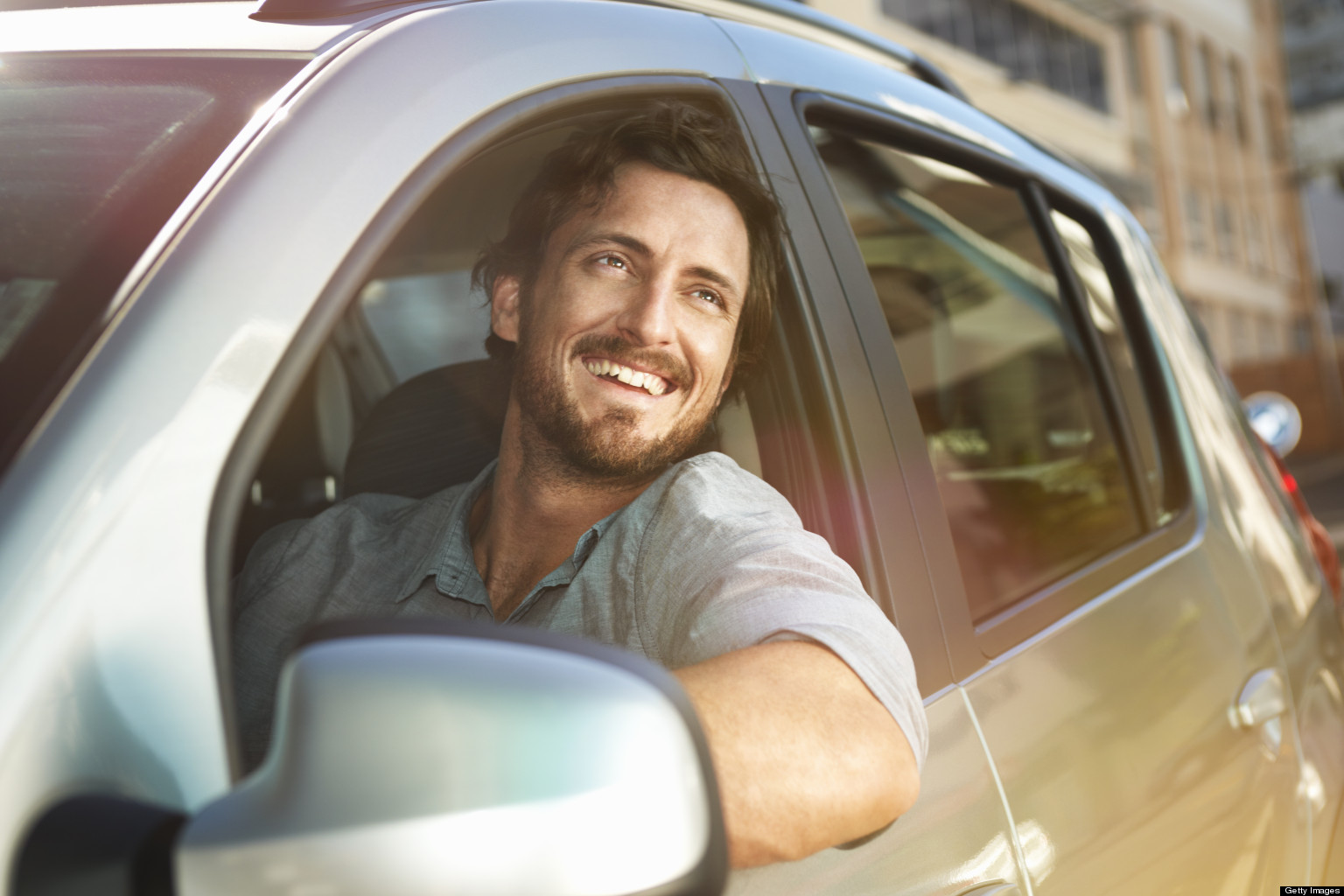 Getting your head in the game

So, you’ve made a decision about whether to shop for a brand new car or for one that’s gently used. Congrats! That’s a very big, very important first step in the car-buying (or car-leasing) process. You must have also chosen how you want to pay for your new car and whether you need to get a car loan from one of the finance companies or pay for it yourself. A loan does mean that you can afford a nicer car though so it might be worth considering.

Unfortunately, the next step is harder: picking the right car for your needs. There are dozens of makes and models on the lots, and when you consider all the trim levels and upgrades available, you’re faced with literally thousands of choices. Plus, you might have your own ideas about changes you’re going to make to your car regardless of what model you get, such as Alloy Wheel Refurbishment, for example, so choosing a blank canvas might be a challenge. Trying to see the bigger picture when you’re viewing cars isn’t easy.

Overwhelmed? Don’t worry. We’re going to simply the decision-making process for you, and we’re going to start with a little mental housecleaning:

1. Get rid of any preconceived notions about which auto brands are good and which are bad. Yes, some companies have a history of turning out well-built, reliable cars, but reputations can easily change–both for the better and the worse. In some cases, going with your gut is great, but for this exercise you’ll want to rely more heavily on your brain. In Sex and the City terms, you want to be more Miranda, less Carrie. (That applies to a lot of things in life, BTW.)

2. On a related note, forget most of the advice you’ve been given. As human beings, we have a tendency to rely on suggestions from friends, family, and others in our social circles. To complicate matters, those social circles now include a lot of Facebook “friends” we may never have met in real life. Our former college roommate might say, “Oh, I had a Mustang, it was the best car on the planet!”, and suddenly, we’re dead-set on buying a Mustang. The guy might have some valid points to make, but please don’t take his advice as gospel. 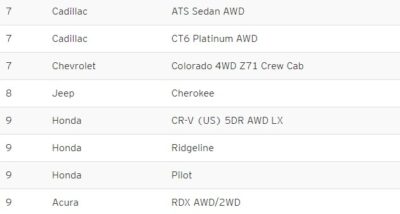 3. Also, be aware of any loyalties that your parents and grandparents may have instilled in you. In my own life, this has meant letting go of my prejudices against foreign brands.

Decades ago, it was common for many U.S. families to shun foreign cars, insisting that buying them was somehow unpatriotic. These days, however, it’s hard to know what constitutes a truly “American” car. Nearly every automaker doing business in the U.S. operates some sort of manufacturing facility here. In fact, some of those foreign companies build cars using more American labor and parts than U.S. brands do. (You can see how “American” your car is by checking the Made in America Auto Index.)

As a kid, you may have also been told that foreign vehicles were poorly made–and in fairness, some were. But today’s cars for the American market are built to increasingly strict standards, whether they’re manufactured in Detroit or Deutschland. 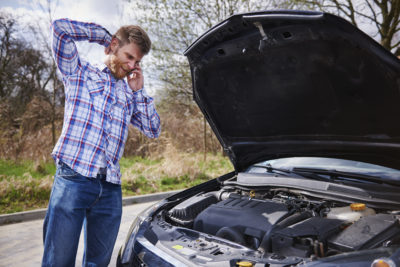 4. Try to forget previous experiences with particular makes and models. Maybe you owned a Honda that kept humming for more than a decade without a single incident. Or maybe you had a Kia that conked out whenever you gave it the side-eye. Good or bad, a car’s performance doesn’t solely depend on how it was built; it also has a lot to do with how well you take care of it (regular maintenance prevents regular headaches), where you live (bumpy streets, climate, and road salts all have an effect on parts), and the luck of the draw (because sometimes, a poorly built model of an otherwise awesome car can slip off the assembly line and into a showroom). With this being said, even if you are looking to improve the performance of your vehicle, it wouldn’t harm you to check out sites such as Compare Parts, just so you get an idea of how this may help your car in the long run.

I’m not suggesting that regular oil changes will prevent a lemon from crapping out on you. I’m simply saying that, like a relationship, you often get out of a car what you put into it. Be open to vehicles that you’ve had unpleasant experiences with in the past. You never know: they could be the perfect match for your current needs.

Look, I understand that encouraging you to clear your mind when shopping for a new car is one thing, but doing it is quite another. Between all the advice we receive from friends and strangers, our previous experiences, marketing from car companies, and a thousand other tiny factors, it’s difficult to look at things objectively. It’s no wonder we develop irrational, emotional attachments to certain makes and models.

That’s not entirely a bad thing. Without emotions, we’d be a pretty dull species. In fact, I think we need to derive some kind of emotional benefit from our vehicles, some kind of pleasure. If you love the car you drive, you’re going to be happier in it, and you’re likely to be more forgiving when things go wrong. On the other hand, if you hate that bucket of bolts sitting in your garage, it’s going to remain a thorn in your side, and you’ll be left counting the days until you can get rid of it and buy something else–even if it runs like a dream.

Still, as a shopper, your goal is to set aside these preconceptions as much as possible. For now, focus on reason and research. If all the rankings and charts leave you stranded, unable to decide between two or three different models, then draw on those preconceptions, those gut instincts to help you make your final decision. (It’s hard, I know, being such a cold and calculating mean girl, but it worked for Lindsay Lohan, once upon a time. Sadly, not so much anymore. Poor thing.)

BUT DON’T CLEAR OUT EVERYTHING 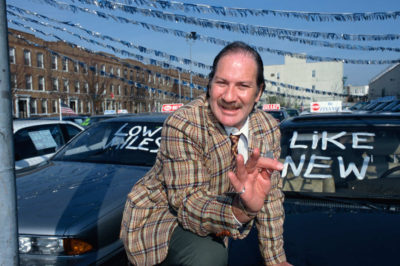 There is one major exception to the rule about forgetting previous experiences, and as an LGBT auto shopper, it may apply to you: don’t forget a dealership that did you wrong.

Today’s vehicles are all made pretty well–in America, the average car on the road is more than 11 years old, which says a lot about quality. So, all things considered, the differences between many new cars is pretty minimal.

The difference between dealerships, though? That’s well worth considering.

After buying a vehicle, you may have to engage with your dealership on a regular basis for several years, paying visits for maintenance, recalls, and who-knows-what else. If the staff are thoughtful, if they listen to you, if they have decent coffee in the waiting room, that’s pretty important. If, on the other hand, they’ve treated you rudely before, or if they’ve somehow failed to hold up their end of the bargain, I have no problem with holding a grudge–at least until you’re sure that the dealership has canned the salesperson in question or put some new managers in place.

At Gaywheels, we’ve received numerous reports of sales personnel talking down to LGBT shoppers. Without witnessing these events first-hand, it’s hard to say whether they’ve been the result of overtly homophobic staffers or because they assumed that LGBT consumers don’t know much about cars (which is, of course, just another face of homophobia).

If you’ve been treated this way, there’s no reason to go back to that dealership. If you’re forced to do so because, say, you’re looking for a specific car and the offending dealership is the only one that has that model in stock, you have every right to pick and choose your salesperson. If the same man or woman who mistreated you in the past approaches you on the lot, you can easily bypass him or her: just flag down another one or ask the manager to find someone else to help you.

Similarly, I think it’s important to keep in mind how car companies compare when it comes to LGBT rights. Most major automakers have instituted policies that prevent workplace discrimination on the basis of sexual orientation and, in many cases, gender identity. That means that employees can’t be hired or fired on the basis of who they love or how they identify. (Note: we’re talking about the automakers themselves now. Dealerships are separately owned and operated, with their own HR handbooks.)

However, one automaker has yet to implement such anti-discrimination policies in the U.S.: Kia. And even at other car companies, it’s clear that not all anti-discrimination policies are created equally. Some simply protect lesbian and gay employees, others add trans workers. Some provide benefits to same-sex spouses, others don’t. Some provide healthcare for trans employees, others decline to do so.

These policies change fairly regularly, so it’s important to do your homework–at least until federal law changes to include LGBT protections. (And even then, keep yours eyes open.) We maintain a modest LGBT-friendly list at Gaywheels.com, but many automakers are included on HRC’s annual Corporate Equality Index, too. Note, however, that the CEI only applies to U.S. companies in the Fortune 500. Other companies can submit details about their own LGBT policies, but they’re not required to do so, so your automaker of choice may not have a score on the CEI.

With those tips on attitude adjustment, you should have your head in the car-buying game. Stay tuned for part two of “How to Choose the Right Car for You”, when we’ll talk about assessing your needs and how to do proper research. See you next week!